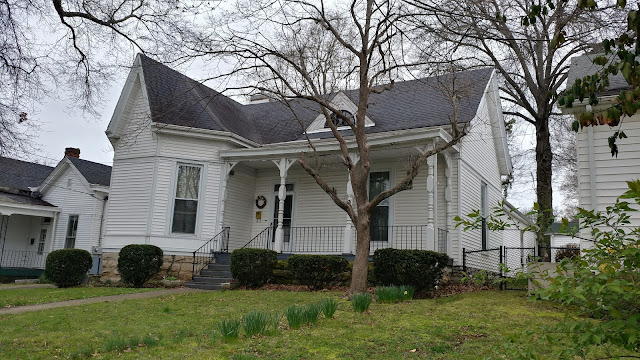 We are officially house drunk.

Ideas, on top of ideas, and then more ideas.

We have worn out the search engines, Pinterest, Instagram, Houzz  -- you name it -- looking for similar style houses, researching architectural details of the period, options for the interior, figuring out what we like, what we don't like, sending each other links and pictures. My brain is in a state of overflow.

Let's start with the exterior. (I know you want to see the inside...but bear with me!)

The one thing you'll notice is a lack of window on the front. A little weird...The house is also covered in white vinyl siding, which we will remove at some point. We are so curious about what's underneath it! In the above picture you'll also notice that the houses around us are white -- she's drowning in a sea of white houses! With her kind of personality, we know it needs to be a color. Just making notes here.

After a fair amount of digging, we've come to the conclusion that the house is Victorian Eclectic. In 1870, the designs began to change a little, trends died out, and were replaced with new ones. It obviously has many of the Victorian design qualities, but also contains a few Gothic Revival details as well. Honestly, she's a blank slate and so we're going to enhance the Victorian Gothic vibe. 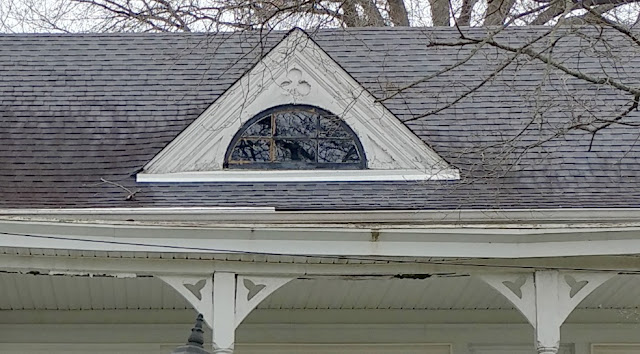 There's a cool eyebrow window with a clover leaf flourish above the porch, gothic corbels, and a lovely sharp peak there above the non-window. 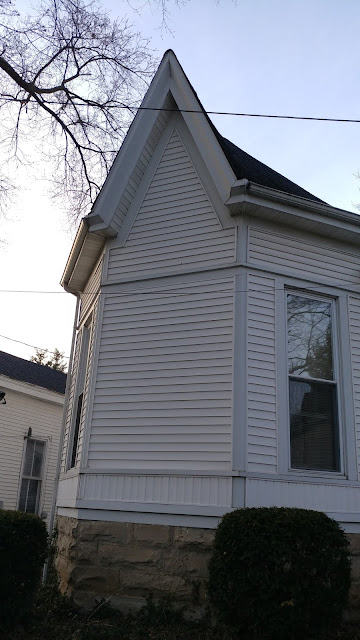 When you look at the inside, it appears that no window was ever there. It's just a regular ol' wall in the bedroom. So, we are going to install one and also put a gothic shaped stained glass window up in the peak. (We found one the other day in Louisville that we love.)

Overall the house is in good shape. There's some exposed wood at the back of the house that looks like it's in good condition, it just needs to be repainted. Fingers crossed the rest of the house is as good. We just keep wondering what's underneath! Any flourishes or details that would blow our minds?!