With each new demolition project, I'm slowly discovering that it's just a different kind of hard. It's not better or worse, just different. That makes me laugh as I think about it, though we are both sitting here hurting, finally clean after scrubbing ourselves at least 3 times, and so tired. It's all good, though. The reward! Eye on the prize! We'll see how long that lasts but hopefully it'll take us close to the finish line.

The new dumpster arrived this morning so John and I continued our work in the music room today -- actually, I floated between the music room and the dining room. While John tore out the tiny closet of curiosity, I started to pull down the ceiling tiles in the dining room, and materialized as needed to help with clean-up and trips to the dumpster.


Once he got the closet dismantled, the room made much more sense. Mind blown. We're going to put built-ins on each side of the fireplace.


That wall has some kind of rightward lean to it. Our contractor is going to look under there eventually and see what he can do about that.

A couple of surprises behind the closet paneling was two pairs of initials on the wallpaper. If you are a local or family member and know who it might be, let me know. The first was "MMC" with a "T" underneath, and the other was "KER." Think "MMC" be Matthew M. Clay who built the house? The initials were probably done at the same time. The 2nd one looks like vintage girl script , if you know what I mean -- the "K E" part especially. I'm glad I took a picture because the plaster and wallpaper fell apart soon thereafter when John got the boards off the wall :( 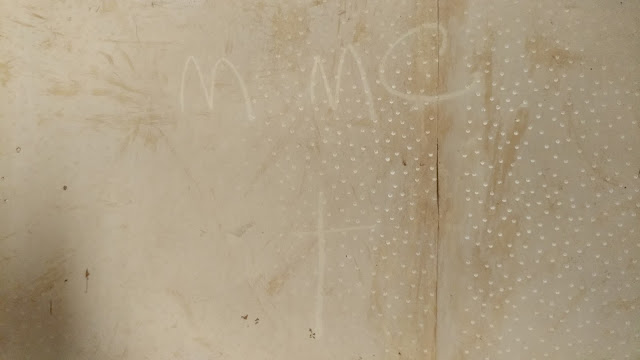 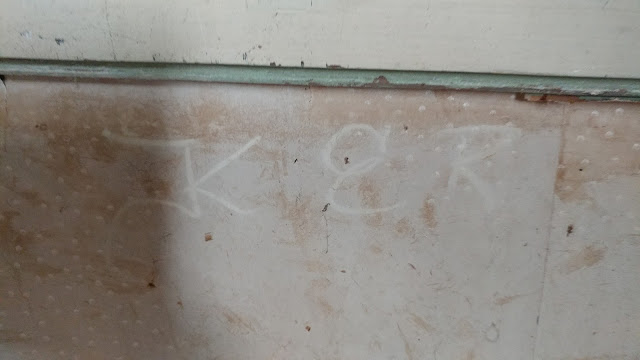 We decided to remove the plaster on the front of the chimney only and leave the sides alone. The bookcases are going to be built right up next to it, as it is. But we also noticed the plaster was thin and the brick was soft & chipped away a little too easily. Ultimately, we chose to leave it be and just work on the front part.

After a while, John went on to finish that project and I moved to the dining room to start tearing the ceiling down.

The white ceiling tiles covered another layer of particle board and the  particle board covered 5 layers of wallpaper attached to a thin layer of fabric. Yeah, seriously. Read that again and let that compute. All in the name of insulation!

Ok, that information has now processed, so wrap your brain around this: all that stuff mentioned above covers the pièce de résistance: dark green bead board. It's pretty cool looking and frankly, I'd love to keep it green. Maybe a shade or so lighter.


Right now, the bead board needs some love but looks like it will be useable. I'm afraid there might be some water damage towards the middle of the room. Fingers crossed we can salvage most of it all. If not, it can be replaced and painted most likely.

Once I removed the trim from the top of the wall, the tiles came down easily. So, as I mentioned before, underneath all that is another layer: particle board. This is where it gets tricky because it seems stuck with two layers of nails. I have no idea how this was humanly possible and will chalk it up to an annoying mystery of 19th century construction hoodoo. You can only get it off in small sections, basically -- a small chunk at a time kind of thing. *sigh* To be continued...

Oh yeah -- my foot went through the floor board this afternoon! It didn't hurt much, just got a little scrape on my ankle. But I did hit my dang phalange! The bad one (I don't think it will ever be right again, honestly). If you don't know what I'm talking about, go on our Instagram page and scroll back through our posts to find the picture of my dislocated finger. Would hate to subject anyone to that unless you're prepared. It's a "Good God, look away" injury. But for the curious...

A couple of the floor boards under the pantry were rotten but most were fairly salvageable.

We'll be chipping away at our ceiling projects (dining, kitchen, back bedroom) and hopefully finish them sometime soon. John's Grandmother is in town from Virginia and wants to help us, which I think is adorable. You think I'm going to turn anybody down who wants to help?! Heck no. It's awesome to have our family play a part in putting our home together!
💕

I spoke to my Mama earlier. She was really excited to tell me how she drove the tractor and helped Daddy pull up a few crabapple trees yesterday.

We've got some steel magnolias in this family! 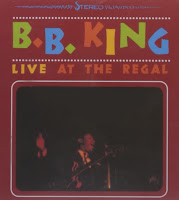